The village is formed by two hamlets: San Giacinto and San Giovanni. San Giacinto, known as Molini (mills), is a cluster of old houses built close to the watermills down by the river. San Giovanni, known as Prelà, however, is found half way up the mountain side, immersed within the olive groves and is the seat of the Palazzo Comunale (Town Hall). Molini di Prelà boasts a splendid Medieval bridge with two charming arches spanning the river Prino. From here, looking around, one can see the impressive stone bell tower of the church of San Giovanni, dated from the 13th Century and built in the Ligurian Gothic style. Molini di Prelà is the driving force of the municipality where, in the Town Hall, important decisions are made regarding the municipality’s future with the aim of keeping alive its history tied to the agricultural and farming community, as well as maintaining the harmony between people and nature. This small area of Liguria is still largely unknown but extremely rich in prospects, culture and traditions. It represents a small but precious reflection of space and time of our land. 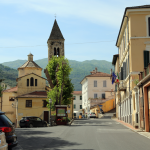 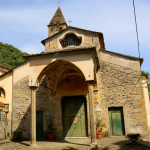 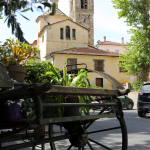 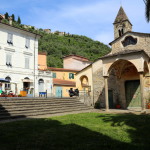